After two years of expanders and braces, I'm finally free! Well, mostly free. I still have a retainer that I have to wear everyday, but that is a small price to be gone of the wires that irritated my mouth and restricted my eating. 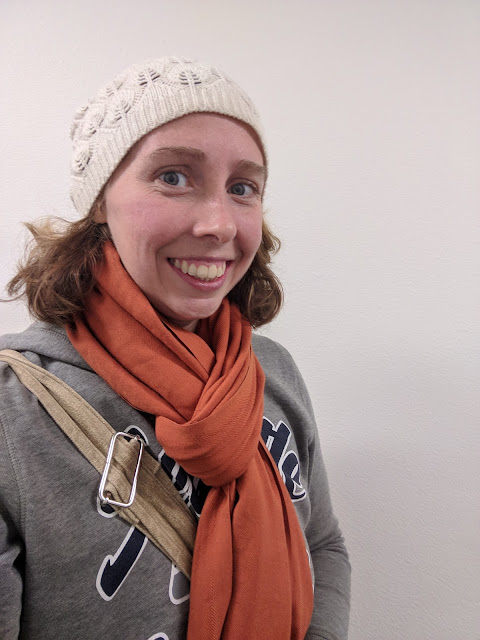 I have had a fear of my teeth falling out most of my life. Chipping my front tooth on the side of a pool in high school didn't help this phobia at all. Neither did the brusk manner of the dentist who fixed my tooth then.

Life went on, as it tends to do, until we moved to Seattle four years ago. While I was unpacking spices, one of the glass bottles fell out and tapped my tooth causing the final straw for the adhesive barely still holding my chipped tooth together. With an old incident becoming a new problem, I took my neighbor's recommendation and went to an progressive, enthusiastic dentist downtown. It was a great decision. Not only did she fix my chipped tooth better and stronger than the previous dentist, over the next year or so, she would go through my entire mouth cleaning and filling anywhere that needed it. 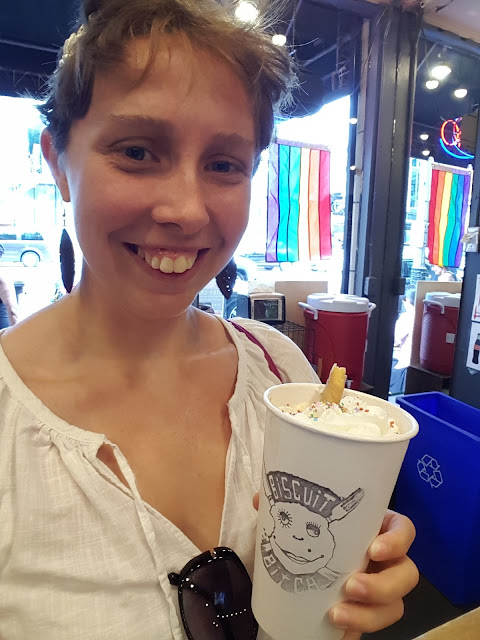 In a way, braces were an inevitability for me. I needed them, anyone could see that. I began the journey in December of 2016. I had no idea what journey laid before me, but I was strapped in and ready to go.

There were many difficult stages of this progress, expanding my upper jaw was the first. It was uncomfortable and I got terrible headaches, but in the end I began to see a lot of improvement too. I could breath a little easier. I could take deeper breaths and had noticeably less trouble with my sinuses.

We tried to put braces on my bottom teeth to start the straightening process, but they were wedged in tight. This is also when we realized I had a nickel allergy. That means that I would not be able to wear traditional metal braces because they were more or less burning a hold into my lips and gums. It was not a pleasant experience and thankfully they took them off fairly quickly. Instead, we began with a removable expander on my bottom jaw as well.

This part of the process took the entire first year and a little more. The real challenge with this was food getting caught around my upper expander. Thankfully, I could take the bottom one out to eat, but the top one was on all the time. I remember once getting a hot pepper seed stuck in there, I thought my mouth was on fire. In hindsight, I should have gotten a water flosser much sooner, it would have really helped me keep my teeth clean. I have one now, but it is a great tool in general, but perfect for working around appliances.

The progress was slow, but you can already
notice the expander at work...
Finally, I began to get brackets put on my upper teeth, just in the front. I appreciate how my dentist did this in stages so my mouth was not overwhelmed at once. Once I had all of my upper brackets on, the upper expander came out. That was a wonderful day. It was so nice to be able to touch the top of my mouth again. It did it's job though and my teeth were already looking better now that they had more room to live.

Next, the brackets began to go on the bottom. This didn't seem like such a big of deal, but just the next part of the journey. I had to wear ceramic brackets for the entire time because of the nickel allergy. The dentist warned that these were a little more fragile. I took that to heart and made sure I didn't bite directly into almost anything. So much so that I realized my bottom teeth were not getting the work out they needed and were feeling really sensitive.

A good shot of how far my bottom teeth had to move... 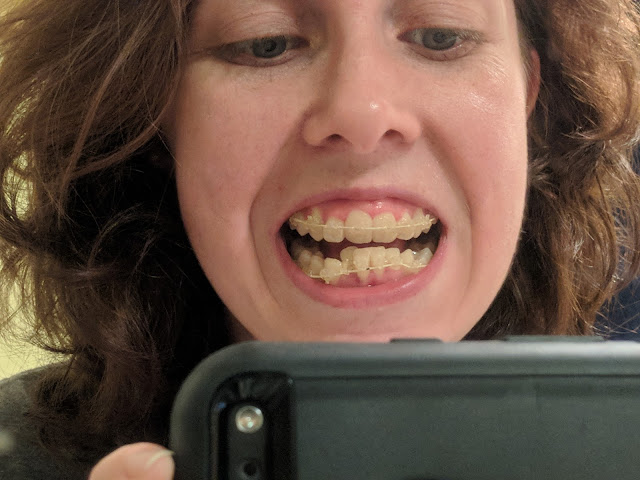 It was also at this point that we realized my bottom jaw does not have enough gums to cover the roots of all my teeth. We were concerned for a moment that we would have to pull at least one tooth even with the expander because it was precariously placed. However, with some patience, gentleness and extra cleaning on my part, we were able to keep the tooth. For now it is strong and steady.

This part all took forever, it felt like. For the next year, I dreaded my dentist appointment because of the pain I felt from them tightening my brackets. Thanks to some patient dental assistants and generous use of laughing gas, I made it through. The brackets stretched along my lips and my gums constantly had this dull ache where my teeth were constantly moving. I got used to this, as much as one can, but it was tough and even I got sick of my own complaints. In a way, I just learned to grin and bear it.

One of my last weekends with braces...
The day I got my braces off felt overwhelming. My friend was in town from South Carolina visiting and I got home after a four hour dentist visit wiped out. It felt good, but also hurt because of the pressure of taking everything off and then making molds for a retainer. I recovered fairly quickly (the wine helped) and the next day we were off to Vancouver, B.C.

From our trip to Vancouvor, no braces and feeling good! 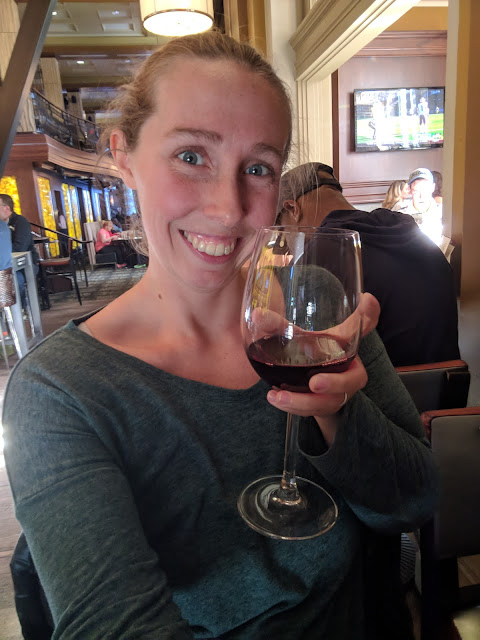 Over the next week, I praised my ability to bite into a sandwich. The first time I felt a full mouth of a juicy burger I had a mini orgasm right there. It felt so good to be able to confidently take a full bite of something and chew it without pain. I could eat harder chips and chew jerky with no problem. I also didn't have to worry about teeth stains as much because the ceramic brackets previously would show color easily until I cleaned them.

Even now, a couple weeks later, I am so thankful I can eat again. Several people asked me what I ate first. To be honest, it took me a full day before I felt better, but then I purchased some sour gummy worms. That is my favorite candy snack and I hadn't really eaten any for almost two years. That was a delicious snack. Actually anything sweet is nice, with my braces it was more problematic to clean than it was enjoyable to taste. I hardly ate any sweets while I went through my braces process. Now I have to be careful to keep it curbed since I can eat it again. I think the lack of sugar really helped my body feel more balanced.

A good picture of how far I've come... 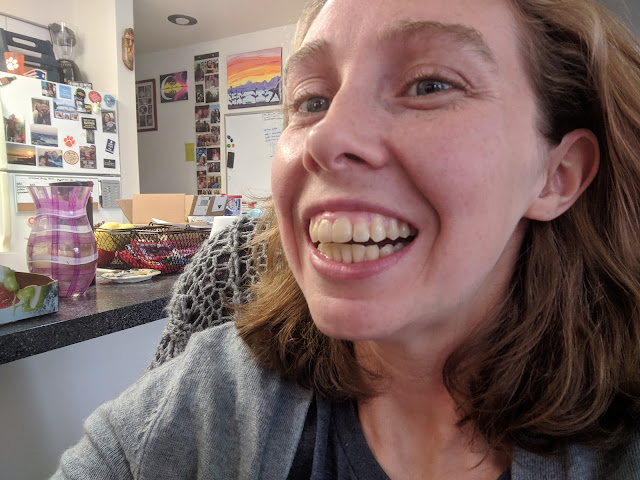 I am wearing a retainer once a day. It is a tight fit and makes me feel sore, not in the way the appliances and braces did before, but it does make it hard to think. I have to wear it when I'm not trying to focus on anything. Nonetheless, I can tell the retainer is helping because I can almost feel the teeth shift when the retainer lines them back up again. Still, it is so nice to let my jaws rest and my gums firm back up. I'm excited to see how they stand up over time. I may still have to get some graphing done at some point to add fullness to my bottom jaw, but that is a problem for another time. Right now, I'm just enjoying the look and feel of my new teeth alignment.

This has not been an easy journey, but I have learned so much along the way. I have gained a healthy habit to constantly clean my teeth. I have built up self-confidence as I've had to overcome so many obstacles on this journey. I am more willing to stand up for myself and listen to my body for what I need. I am stronger than I was because I faced my fear of my teeth falling out head on and came out victorious. Before, if anything touched my teeth I would freak out a little. Now, it's not such a big deal. My front tooth in particular was really sensitive and it was mostly in my head. I know it is strong now and my dentist did a great job putting it together and working with my insecurities through the braces process. 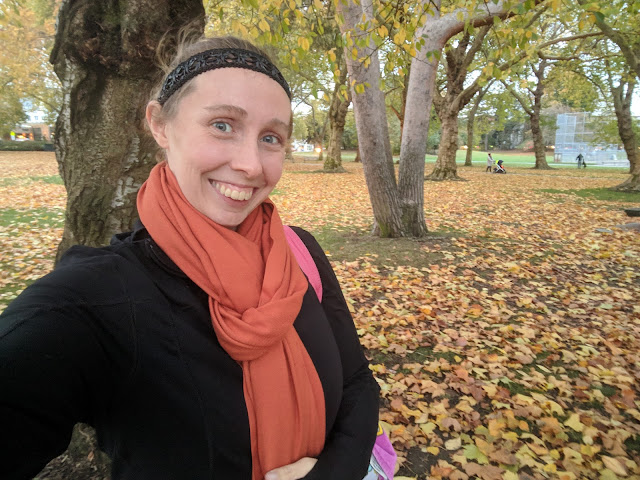 I am confident in my smile and part of that is the work it took for me to get there. Since getting braces, I also have fewer headaches and jaw soreness, better breathing ability, my teeth are easier to clean and feel overall less sensitive. I can actually close my lips now. It seems strange that I couldn't before but because of how my jaw was trapped and my overbite, I couldn't seal my lips making winters a misery for my chapped lips. Now I have a relaxed rest state where my jaws can rest and my lips close to offer protection for my gums. Even my face shape has subtly changed with the expansions, a great improvement overall.

It was not an easy journey, but very much worth it. Getting braces as an adult was one of my best decisions to improve myself and my health. I am glad I persevered. 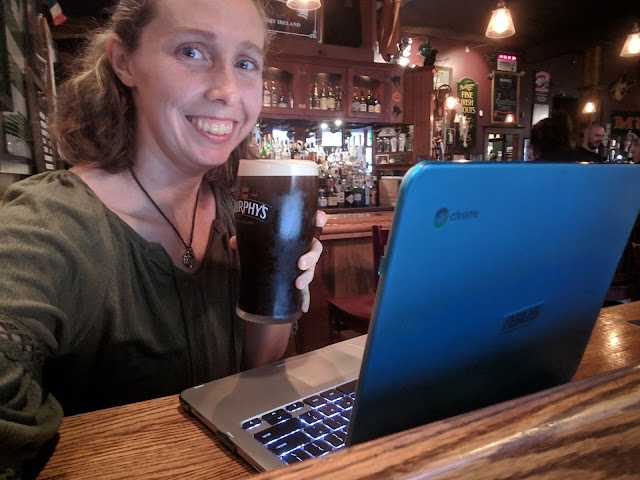